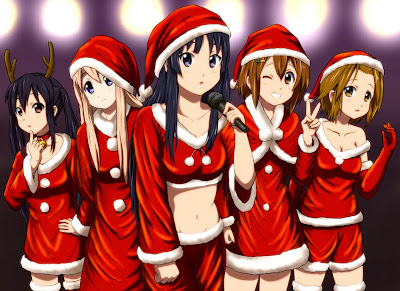 So a download for Christmas, of the current build. Mainly its to allow for some tough testing of saving and loading. Saving and loading seem to be working now, I made a number of changes but I can't point to anyone that would actually make it work. But it is working, I think, so if everyone else could pound it and check for bugs I would appreciate it.

Good early version of the combat system, so that everyone can pick at it and make suggestions. Doesn't really do much right now except combat. But I'm sure there are a bunch of people out there that still want to play with it. Still really have to play with balancing and adding more special attacks.

This is an unofficial release, please don't go posting to 3rd party sites.


bug - I have a glitch where the bar and the number value for obedience are completely different. Not sure how I achieved it, but the bar fluctuates out of sync with the value.
This happens whenever an item's bonus brings the "natural total" of an attribute out of the negatives, back to at least zero. Once the natural total is back to zero or more, the accompanying bar will match the numbers again. - hmm odd one there - fixed

bug - Last "Room Order" assigned will carry over if "ok" is pressed in another room.
- EX. If I assign "Milking" in the milkroom, then switch to any other room,
I can click its "ok" button and "Milking" will be assigned to as many shifts
as I want until I assign a different task.
- resolved

bug - Clicking on a normal item in inventory will replace a "locked" item of same slot. - hmm - yes it does - fixed

bug - I'm guessing the game fails to create a second instance of a name in your possession, so perhaps you should program in a couple lines that blocks the new slaves available for purchase from having the same name as already owned slaves. - I've been playing a couple days now, and I noticed a couple times when I purchased a slave, it did not appear in the guild stables area. The last time this happened, I noticed that the girl I had been attempting to buy (a Yoruichi) had the same randomly generated name (Haru, I think) as another girl (a Mugi) I already owned. I didn't yet own a yoruichi, and owned 5 total slaves, including Princess. - I really don't think it could create a bug... but names won't be duplicated anymore after all that would defeat the purpous of having collar names anyways unable to duplicate the rest - need more information
reported - Also, I wanted to confirm the "inventory shifting bug," as I had a chastity belt somehow migrate from my obedient virgin cow mimic to my best crazy whore. (Actually, the entire inventory of the one swapped with the other.) Sometimes my attached equipment in slaves gone missing(possible trigger: have a lot inventory(especially equipment), and while i try switch her dress with another dress suddenly it gone - the only thing i can think of is this happens when slaves are sold... testing - that doesn't seem to be the case the stripping functions are working fine tried from first, middle, and rear in array - tried purchasing slave - i still can't confirm this - if anyone has more info please bug it

bug - 1. There is a problem with description text. As you can see in attachment.(possible trigger: Don't know exactly maybe there is multiple selection with musician class and cow class) - found musician - fixed - unable to locate cow... - not really worried about this as the entire thing is going to be broken in the next update as i change how jobs are created
okay that leaves saving and loading - everytime i think its fixed - its not
bug - duplicate copies of assistant and player image - lost children - fixed
bug - loading seems to crash - hmmm.. definitly an infinite loop - only happens when loading from inside game - on the second load - fixed but I have no idea why
Posted by Daisy_Strike at 6:55 AM