I forgot to add a title. 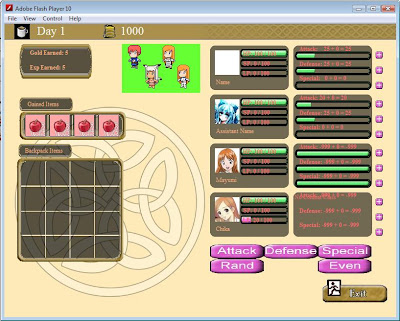 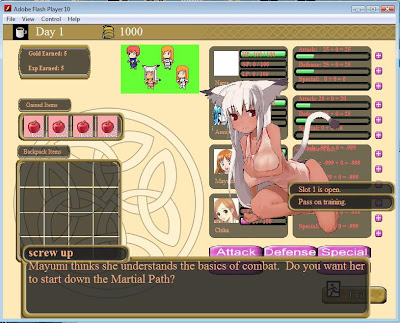 So I thought I had the exp screen finished but obviously I need to go play with the labels again. Also was working on actually walking through from start to finish of the combat screens and still a couple of hick ups. Attack buttons aren't appearing now on the second round through combat... not sure why. Also the Neko is the only assistant showing up even if you select something else... think this an issue with some lost debug code. But actually we are just about there, I am really really hoping for a release around new years, a bugged one mind you but a release.

Today and tomorrow are declared lazy days as its finally weekend.

Daisy
Posted by Daisy_Strike at 5:44 PM