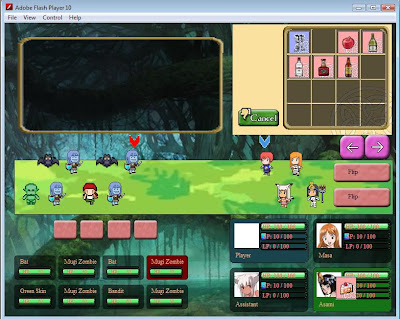 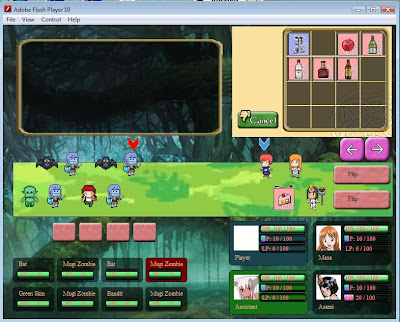 So obviously working on items. A nice simple drag and drop system, you can drop on the sprite or the character info. All thats in place the actual removing of the items not so much. Also have to figure out a system to allow items to be much more powerful in combat then they are in day to day operations about 3x I think. Still need to also make an interface to choose items to take with you into combat, and an interface to choose assistant and slaves. Over all slowly but steadly getting there. 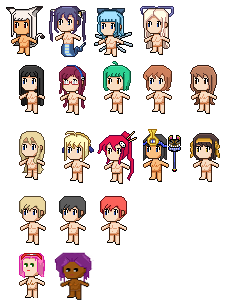 Redcape has continued to create some of the cutest little sprites for combat. Lonewolf created Sakura and Yoruichi for his girls. And I wanted to thank both of them for making up for my lack of artistic skill.

Daisy
Posted by Daisy_Strike at 4:53 PM