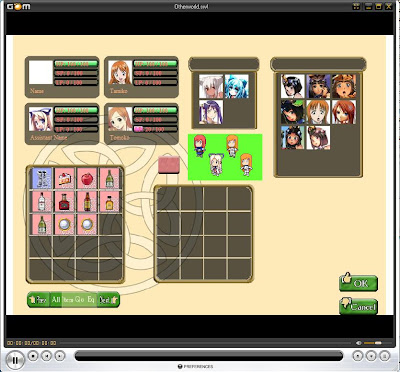 So got all of the placement stuff up and working last night will still need to add some UI help and mouse over but that's about it. Will be working on the player items to backpack next. I did these a little oddly in that the backpack items are actually just pointers to what is in the player array. Rather then making multiple copies or moving stuff from one to the other and then back again. That seemed to work out pretty well up until this point. Now the array sorting of the two is going to be interesting. Will probably have to rewrite how stuff appears. But now that I think about it the sorting buttons do that already... maybe a special hidden sort for combat items... ooh. Good talking to you I need to go play with that.

Testing out another .swf player sort of like the Gom Player. In my search for the perfect way to play otherworld, it seems to run it quite fine and fast. 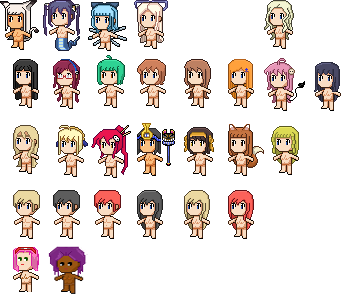 Redcape has pretty much finished up the sprite parade. They are as always so kawaii that I feel like I am getting sugar shock and want to thank him again for the great work.

Daisy
Posted by Daisy_Strike at 1:17 PM