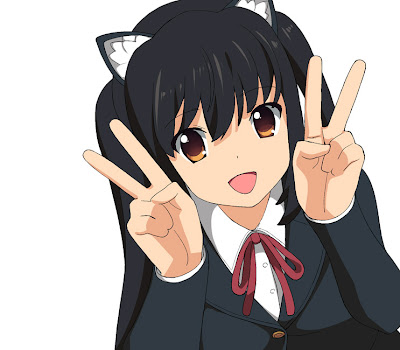 Bugged version hotfix. A lot of new changes with text indexing to fix the issue with the previous lock up issue. Which has me a little concerned so doing another bugged release to make sure that every thing works before an official novemeber release. Thanks to all the debuggers.

This is a hot fix which means only the otherworld.swf file is included please put it in the previously downloaded novemeber late.

Down load links are to the left.


11/11/10
reported - Item descriptions for some rare items are missing effects. It's possible the items have vague descriptions intentionally, but it seems very odd to me that people face "great danger" for items with "miraculous magical properties" and sell them for tremendous prices without knowing what the magical properties are. (Or that someone would *pay* that much for something they have no idea about the function of.) - most of these arn't implemented
bug - - Not necessarily a bug, but I think Lace image position in the Cat Paw's trading is not right and obscuring the sold item grid. - fixed somewhat I need to find the original version or reclean it to really fix it
bug - Save/Load functions aren't working properly. It seems that the game keeps data from after I save to load from. (I tested this by saving, selling off all my girls, quitting without saving and then loading and found myself with no girls.) I also managed to break the load feature altogether, which in turn took away the New Game button. - the array is killed now and then rebuilt
bug - adding effects when loading crashed game... problem with the change of addeffect - fixed
bug - I think the new effects aren being saved when you do a savegame. Must test this further. - issue with the new addeffects modification fixed
bug - Something else I noticed is that if a girl has an effect and you use an item that gives another effect to that girl, it will overwrithe the first effect (tested by using the love potion on a girl, then using the lactation gem on the same girl). - think this is an interface issue. - fixed
reported - Second application of lactation gem does not increase the breast size. - works for me
bug - the dildo and kamasutra items both have the 'I screwed up! special text' after their description. still shows all the numbers and stuff though - fixed and fixed
bug - second application of lactation gem gives milked status but she can still be milked and makes the items. - this should be fixed with the interface thingy i hope - fixed
bug - Message box of Yoko's text is not displayed when you don't have enough money to tattoo in the tattoo parlor. - fixed
bug - There's no player items/equipment grid display in the cafe. - they don't want your crap - Sometimes A little time Cafe is empty (no item to be bought) if you save and then load your game - expected behavior to prevent save/loading repeat to refresh shops - but it wasn't refreshing on new days that is fixed
bug - milking does not give the milked effect. - fixed
reported - Having a slave clean the milking parlour counts as having her milked, it seems - unable to replicate
bug - I was having this problem as well. that quest is not recognizing that the girls are the same archtype. and in your screen it looks like its saying that at least one of them isn't a virgin. Interesting thing however: it won't let me add a second girl unless the first archetype matches. And I don't think it accepts non-virgins at all, although I haven't formally tested that. - fixed image issue but is now letting non virgins - fixed but made some modifications with checkforeffect that may have repricussions
bug - the ok button the the twin slaves turn in is not functioning properly there is a sweet spot along its edge that does complete the quest.- fixed
reported - did the sex skills (lesbian specifically) have icons? if so they aren't showing. in the icon changing screen. in the supervise your slave screen they do. (well masturbation doesn't, but not sure if that had an icon anyway) - no one ever made any
bug - walkthrough in char screen still doesn't automatically advance. - think its working fine now - fixed
bug - - When pimping your slave in the red light district and succesfully lure customer, pimp image is not displayed. (Isn't it supposed to display the PimpBackAlley image?)
bug - personal training up button is behind the hidetext, also repeat - seems to be fixed bit worried it may have broke indexing for everything
bug - Blowjob training doesn't show the picture - fixed
bug - some times milking shows other pics (lock down I believe) i think this is connected to the house in some way. - was fixed in previous version double checked - fixed
bug - also i don't think not milk effect is wearing off have milked her twice today and she is still claiming to be unmilked - fixed
bug - item popping up at the wrong time, i have a screen for it but contains nudity, she learned farm animal training and had an item for a latter test box in it. she did go on to make that item. - think fixed
Posted by Daisy_Strike at 1:04 PM