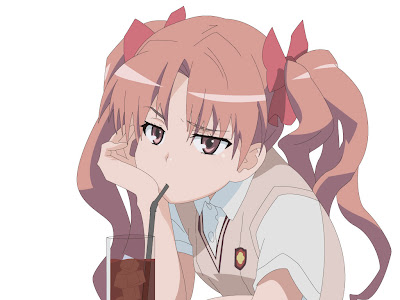 Some bugs killed, a major re-indexing of text seems to fix all the lock ups. Text had been re-indexed to allow for the inline items. Instead that index was conflicing with older code that was indexing everything behind the transparency, that stops the player from touching the screen, locking the game. This has been fixed but the fix has had some interesting results, the old indexing can now float over the text and I have been fixing that.

You can only play with bugs so long, I got the collision to work on the exploration scene now and keyboard events to work. Also set the sizes as constants so making the actual exploration bigger or smaller is easy. One of the things I am really proud of is the collision. Basically set walls as 0 or below when numbering and positive if you can walk on it. So adding dozens hundreds even thousands of different tiles will be easy to set up collision.

Posting up a new version of the test program on the boards, for those interested.

bug - first up circut tattoo plans dont trigger tattoo event at the shop. - fixed
bug - going through the walkthrough, when you go to mainstreet the home button is clickable while she's talking. - fixed
reported - dunno if it matters, but in redlight district, everything but the futa palace was greyed out. I play as a female.- try checking at different times of day. there will be response to sex of characters events put in later on... some year -
bug - most if not all the tattoo plans have the 'this should never be seen' text - fixed
reported - you can drag the white box around. doesn't do anything, but still... - sure it does lets you put the player as the hall monitor and an assistant in the first master bedroom
bug - Was systematically visiting all the shops, and the game locked up at the carpenter's. It was on the first shift of the first day, and I hadn't purchased any girls yet. I'd already visited all the shops and bought the mansion.::Edit:: Managed to make it past the same place doing everything exactly the same, except that I started with a different assistant (catgirl rather than fairy), I bought a few different items from the shops (fairly certain I bought miso soup and an anal toy in the locked up game that I didn't buy in the one that worked), and I saved before going to the carpenter in the locked-up game whereas I didn't in the one that worked. - cant replicate
bug - piercing locks game - Game breaking bug: after piercing a slave in the jewelry store the town button didn't work anymore leaving me stuck in there.- fixed
reported - Clicking on a tattoo design in the girl information screen appears to consume the design. (I'm thinking it might be trying to *give* it to the girl, but the tattoo slot won't accept it that way, so it just disappears.) - unable to replicate
reindexed all text - who knows if it fixed stuff or made more issues
bug - character screen bug of lock up blank - fixed
bug - maid potion doesn't work since maid was updated to new number clicked on the present, text went back to normal, put it in slot 1: class: 'I screwed up! special text 0%', skills: 'I screwed up skill text' - fixed
bug - the game freezes during the sugars needle quest when you receive the needle. happened twice. - fixed
reported - also what is the trigger for the cat girl quest It's not popping up under the normal condition of second visit.- perhaps you should become more famous
bug - found the lace and mew quest problem: it's listed as completed in the quest book - hmm... i see it just don't believe it - false != true - fixed
bug - assistant is now ontop of text in main screen - fixed
bug - strap on training froze game - not anymore text indexing fixed it - fixed
bug - Another lock-up... this time when I took Menace out and ran into Anarista. - re-indexing fixed it - fixed
bug - Cerebro capsule and Sleeping pill picture is still the same (red capsule image). - fixed
bug - Eating marijuana results in crash (lol). - changed how the variables are set in addeffect... this wasn't updated - fixed
reported - Eating Chocolate cake decrease happiness. - works fine for me...
reported - Eating Cerebro capsule doesn't affect anything. (It seems effect haven't yet to be implemented). - correct
Posted by Daisy_Strike at 12:17 PM