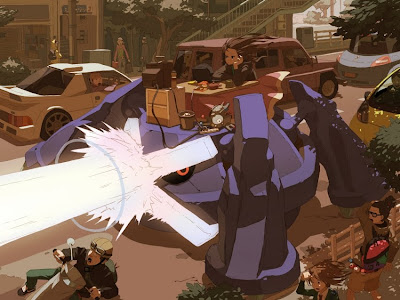 Well I got all the bugs again, I think, but 1 last night. So hopeing for a release tomorrow. A little worried about indexing of the slide show again as I had to play with it and the main screen to make sure everything was underneith it. But other then that seems rather smooth less bugs each time. Rather pissed at that saving and loading bug I fixed it... but the fix shouldn't have worked. And spent at least 2 hours to find and resolve it. Release tomorrow...

11/13/10
Updated the text thanks to all the editors.
bug - Forgive my nit-picking here, but the Phantom-of-the-Opera mask occupies the "head" slot, rather than the "mask" slot. - fixed
bug - On character screen, if you mouse over a Welfare stat (Happy, Sanity, or Health) the pop-up description will also appear on the line overwriting the Name of the slave. - issue with the quest listerners not being remove after leaving the quest screen - fixed
bug - quest screen some of the current quest is cut and completed quests - fixed
bug - Eating a mint leaf has no effect on Sanity. Is it supposed to lower the value? - cures insanity and now raises sanity a tad
bug - Got a Haruhi archetype after day 200. Lesbian, Combat, and I Screwed Up...- some slaves hadn't been updated with the new maid numbering for arch that is fixed - haruhi though wasnt one of them - checked auction it looked fine
bug - If I sell off a few branded slaves, I end up with brand objects cluttering up the inventory. I'd expect these to disappear if not in use. - fixed
bug - so completed all 4 quests and the cats paw quest is not appearing. - oddly it was looking for a variable that doesn't exist - fixed
bug - items are floating behind the quest turn in screen on cats paw thought they are locked - fixed
bug - A minor bug actually, the background when you work at the greens or guild hall is not displayed. - fixed but scared now other stuff will be hidden.. though nothing was in testing
reported - also when i turned in the girls for the real estate agent the pic did not appear in the turn in box. - seemed to be working for me got the girls were appear as well as the agent - not sure what else could be hidden - unable to duplicate
suggestion - This is only an opinion but I think it's strange that you can go home from every district but can only go to the main street when you go to the town, the home button in temple and red light district should be taken off and you can only go home from the main street. - done - though this may depend on where your house is in later updates
reported - counting of pens + assistant needs to be in the warning message - done
bug - Yoruichi, in 6th room (Bottom) of Mansion, stat icons (Health/Happiness) show over text box during actions of other slaves. For Yoruichi's action, the buttons are correctly hidden behind the text, but are drawn in front of text for the actions of other slaves. - seriously I got this fixed but the labels were killing me - fixed but now the drunks in the alley way have disapeared again - reindexed the background - think fixed again
bug - Night Time Action, all 4 Master bedrooms filled -- The Mini-pic of the Slave in the 3rd Masterbedroom is still off center to the right. - wow it is just the night shift I have been trying to find this bug for months but could never figure out why it was so intermitten - fixed
bug - save/loading is broken, it can't be normal to receive this screen right after reloading...this screen is shown when I load and have no slaves (so it doesnt necesarilly happen at start up, but ), when I have some slaves when loading 2 slaves dissapear... and when I load again (even whithout resaving) other 2 slaves dissapear, and so on until there are no more slaves and then it shows that screen.- confirmed - i swear i am this close to just throwing away saving and loading - always cuts the number of girls in half for no known reason - found the problem - not happy with the solution but its working now - sorta fixed
Posted by Daisy_Strike at 2:59 PM