Getting Stuff done, but what really is stuff? 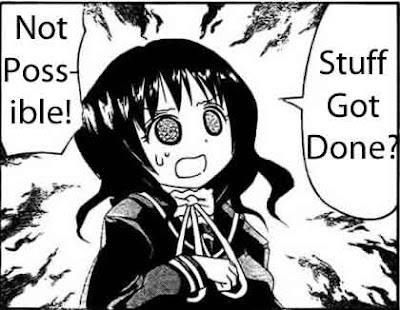 So I said that I was going to work on effects. That was a complete and utter lie. Instead with the help of Docclox we went hunting down the major bugs. Fixed one with all the girls being sent to room 1 from the pens. It was seriously getting crowded in that room. Also it was impossible to unlock stuff, fixed. And you could actually remove any items you wanted in the blacksmith except locked items and those were kept by the blacksmith her sticky fingers problem was resolved with counseling. Docclox fixed a fun little bug with comparing the mini pics was always returning the first one. Resulting in the game thinking that you were always picking up or clicking the first mini pic on the main screen, even if you were trying to move the second girl to another room. Thanks for fixing it Docclox.

As for tonight personal jobs are broke and I was thinking fixing them is more important then effects. Since someone will complain if I do a release and your no longer able to fuck your slave. Pretty sure its an issue where I changed from normal pre-loaded to instances will take a look probably just need to add name tags.

Daisy
Posted by Daisy_Strike at 3:29 PM