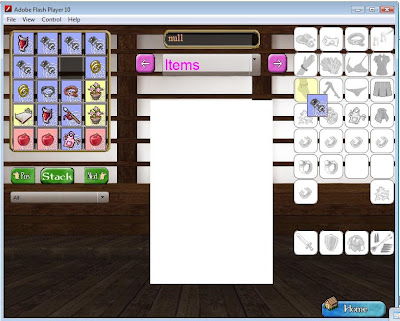 It's a little difficult to see since the lander is pretty light but if you look closely it's there in the image. I may at a later date add an ability to show floats over on spots the item is equitable at... actually I may do that tonight. Drag and drop and collision resulting from drag and drop works. The main PITA is the producer I ripped out the code again for it, as it was putting producers to the wrong items and driving me insane. So starting at page one again with that code. Hopefully this time I will have an epiphany.

Daisy
Posted by Daisy_Strike at 3:59 PM