My lazy day, but the community is hoppin' 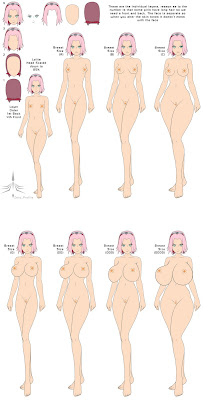 Zero_Profile, (zerol0v on the board), the outstanding artist who does the slave market selection images from Slavemaker. Has come over to the otherworld and is building a series of images to allow for body changes. See above. This will allow you the player to actually modify a girl, so cool. I think the picture says more then I can about just how great an artist Zero_Profile is and having him on the project adds a huge amount. Follow along on the message board:

That right there would be enough but Docclox is working on a way to externally load girl images and an independent loader. Just a huge amount of code that will make modifying the game a lot easier for people developing girls. This will also make the game run easier for a lot of people. Not to mention a lot of internal advantages, that I won't go over here... but if your interested go check out the threads as well.

And even more stuff as zenzou, finrau, and docclox are still working on the SVN. With this much help the SVN will become more and more important. It will also allow everyone to add content!

My goal for Otherworld was always for it to be a community project. This much help shows that the dream of it being a community project isn't a dream at all. I want to thank everyone who is helping, and point out that now with the SVN it should be doable for anyone to add quests very soon and that's not just writing the script but actually coding them in. Not that writing scripts won't still be wanted... not in the least and with the core system so close to done. I will be able to start adding them as well... just so much fun.

Thanks to everyone who is helping,

Daisy
Posted by Daisy_Strike at 2:14 PM