And the bugs begin... 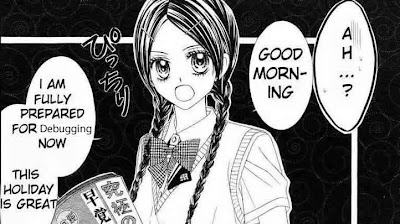 Okay this was a bit more bugs then I was expecting. A lot of them of course just stupid stuff and a few head scratchers here and there. Definitely think there is going to be two release rounds for debugging, before an official release. Then again its been three months before the last official release, a crap load of bugs is to be expected. Anyways last nights list,

bug - TypeError: Error #1010: A term is undefined and has no properties.
at Otherworld_fla::MainTimeline/loadGame()[C:\Users\Daisy\Desktop\Otherworld\savingloading.as:222]
at Otherworld_fla::MainTimeline/loadButtonClick()[C:\Users\Daisy\Desktop\Otherworld\savingloading.as:113]
- unsure if this is while loading old data to the new loading... added an extra check to be sure - maybe fixed

bug - The ' from the line "You're a girl. Made of spices and everything nice... until you pull out the whip." turn over half of the game code green... of which I don't know the term for it in action scripting. - fixed

bug - trying to sell milk in town drops you into the "give item to assistant" dialogue. "Darling! A Cheap Milk! How sweet of you!". It stays stuck there until you run out of items. - forgot to remove listener - fixed
bug - Angel's picture is displaced on subsequent visits to her screen as well. But she's displaced downwards, so it doesn't matter as much - fixed
bug - lamias picture is on top of the tick-boxes for her training options so they can't be changed. Doesn't start out that way, but after 10 turns I can't click on half of them - fixed
bug - Also, basic slave training isn't raising any of the target attinutes - after 10+ days solid training by lamia, none of the named stats are any higher. - oops yah the function to raise them wasn't built do accept slave skill raises - fixed
reported - Lamia obscuring buttons, loyalty says zero, but bar is green at 100% - obscuring fixed - loyalty seems to be working - need more info
reported - The tutorial option seems to be gone. - forgot to turn it back on have created check list for next time
balancing - Edit: I was finally able to buy one, but it took all but three of my gold. If the real estate agent only pays 300 for a pair, you have to get them for 150 each or less, or it's a losing transaction. - twins are now worth 800
bug - "Skip Jobs Disabled" option screws up next day/shift progression. It starts to work REALLY funny. It doesn't work IF girl have REST option or you have multiple girls (Its what I checked). BTW, what it does anyway?("Skip Jobs Disabled" option I mean). - skip jobs is not supposed be able to be enabled - fixed
balancing - How can I get some furniture? Can't test it otherwise :P - walkthrough now gives a bed
balancing - sick now is a bit harder threshold at -20 raises at 15 a shift and after becoming healthy gains 40 health
bug - Still getting "I screwed up! special text 0" for Prime's class 2 (In my case, once again Sakura) - issue with sakura not using the new class numbering - fixed
reported - The screen randomly going blank is still occurring,. Can't figure out how or why it's happening. - huh where when why?
reported - Sakura is still not showing your clothes correctly in combat. - issue with the sprite
reported - If I buy something then load, the item i just bought is not reloaded. i.e it's missing from both the store and my inv. - unable to replicate tried save and quick load and save close game and load
bug - Cure potion says it cures sick status, but when you exit inventory slave is still sick. - cure potions are now discounted to 20gp - cure potions now give 50 hp ONLY when girl is being cured - fixed
bug - getting nulls for every assistant action... seriously was it this broke or did I do something - all fixed - was every assistant action really giving nulls to you guys...
Posted by Daisy_Strike at 2:52 PM