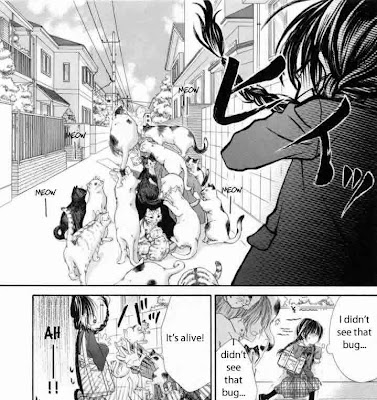 Bugs are about done. Combat bugs, and a few reports that have been added later on after I got my list are all that remain. If I can clear all of them will go on to the text but... I plan on releasing a bugged two tomorrow with or with out editing. I apologize in advance to the editors, your editing will be in the February official, but I really want the debugged 2 out before MY weekend.

The SVN issue definitely requires more information. I have got a few tells from people interested in being an SVN master or whatever the term is. So new discussion thread, and once the experts have had there say will go towards getting an SVN working.

reported - lots of users on the board still saying I didn't find the awnser for the feast - and ran through 20 days of feasting and it seems to be working fine also the code is really simple
bug - The assistant always thinking items are for her bug seems to chain if you have more of one item of the same type. For instance if you have 2 puddings and you say yes to the first one, then the second one will pop up asking if you want to give that to her as well. - ?!?! - okay i must have broke giving items somewhere - fixed - the pudding problem appears to be fixed as well
reported - Side note... I had her loyalty going up when I directly gave her items but after awhile of this bug declining giving her items she will lose loyalty the next time you give her something instead of raising it. So it's more then just text popping up wrong. - working as intended
reported - Dirt doesn't seem to save and vanishes magically when you load. EDIT: After a shift or two it just magically reappears. - okay - maybe I fixed this with the flush earlier either way its not happening now
bug - Well you start selling milk a man shows up at your door and starts to talk to you about said selling of milk. However after your assistant brings up the idea of selling to the farmers union instead, the conversation just ends.- well now I thought i had checked all this - and for some reason it is resetting the event number to shift event - yep there is a buy pass set up so events keep on progressing... not surprising since this is the first in line event that there would be issues - but i thought it worked before - added a bypass really though should rewrite how it works - and that didn't work - removed function maintextnow was only being used for 1 text message in the game at this point - okay i finally found the issue choices was resetting to 0 after a choice - and if i fix that then every choice now loops... - okay it looks fixed only issue now is losing a background - seems fixed this may be a long term problem though
bug - Sakura tried milking her but the screen came up with no background and the front nude pic instead of the milking image - fixed backgrounds for milking - which sounds really easy but the main problem was that the old background had been moved to instances so had to make an instance version for it now also remove it etc it seems to be working though... will probably generate new bugs
reported - Using Assistant Leima(Snakewoman)with slave had her on training the slave All things. Tried advancing to the next day doesn't advance and sometimes only advances next shift instead of next day. - ran through 10 days think i fixed it earlier with another fix
bug - zenge chan is filling in for the waitress if you are low on cash - fixed
bug - When my item list makes it to two panels just by one, and I use the single one on the second panel, I can't seem to get back to the first panel until I buy something else. - feels like an obo error - fixed
suggestion - Not so much a bug as a comment on combat: going from practice 1 to practice 2 is a HUGE leap. - practices have been toned down will need more feed back or random enemy creation later on
bug - In the arena, once you flip, the possible attacks get out of sync, both with the fighter and their position in the party. - this looks more like a bug where combat turn isn't resetting between battles creating a weird jump and flip out of place - resetting it now to turn 0
bug - assistant is now lowering herself on the main screen - fixed
bug -3rd Apple you get as a reward for completing the the Arena tutorial lingers, allowing you to fill your inventory with apples. It even remains after leaving screen, generally getting in the way. (It will disappear if you save, shut the game down, and restart, however.) - ran through tutorial didn't see it when running through and taking all apples - did tutorial did not take apples and they disapeared like inteneded - tried removing all but apple 3 nothing not sure about any other way to test it - and now why testing other stuff it just appeared... - changed it to the new while loops and added a second place the cleaner is called... - and once again i see no apples... no idea if its just ninjaing though
Posted by Daisy_Strike at 4:23 PM