Bugs (I can't think of any thing complicated) 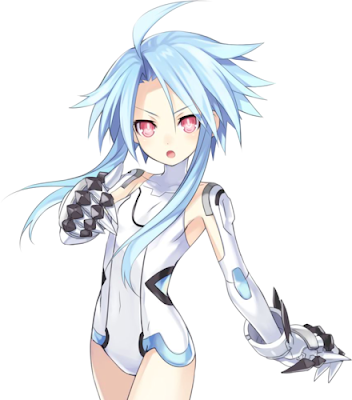 I have tried hard to replicate the bug where the day won't advance. I found one, where if you had a girl by herself in a Master Bedroom the day would keep repeating and fixed that one... but I'm not sure if that was the one everyone kept talking about. If there is a way to accurately reproduce that bug please on the bug board give me the steps.

report - [Old Bug, but reproduced] So If I do too much loading, the screen will go blank at the auction house. Beyond 10-15 loads while in the same instance (so not closing and restarting Flash or Otherworld). - so your save scamming - probably fixed in the next few versions when the auction house becomes an instance. Not really worried about something that only occurs with save scamming - confirmed -
TypeError: Error #1010: A term is undefined and has no properties.
at Otherworld_fla::MainTimeline/loadGame()[C:\Documents and Settings\Joel\Desktop\Movies\Otherworld\savingloading.as:225]
at Otherworld_fla::MainTimeline/loadButtonClick()[C:\Documents and Settings\Joel\Desktop\Movies\Otherworld\savingloading.as:113] - loading will now make sure that effects are not nulled before trying to add - fixed
bug - -I gave my assistant (angel) a dildo, clicked the training button, then back to items, and found the dildo had vanished. (I later discovered it wasn't so much gone as invisible. Some time later, I accidentally clicked on the dildo I bought as a replacement, only to discover that it evidently switched places, since both dildos were visible again ... at least until I left the screen. Then, the on in the assistant's inventory appeared to vanish again.) - confirmed - they wern't being redrawn.. that would be an issue - fixed
bug - Then, if you choose "repeat previous action" the next day, she'll recover from the illness again, rather than do what it was she was doing in that slot before she fell sick. - fixed it kills repeat now
reported - going to town and returning cleared him from the screen, but I still can't advance to the next shift, as he will appear again with his message. - should be fixed now
bug - Also, the cat girl assistant always returns the art training text regardless of actual training. She seems to give the appropriate bonuses though. - she ain't doin that anymore.. - and now it is... - dehumanizing was always displaying art text... because that is what it was told to do - fixed
bug - Well it's nice to see that things got fixed, but it seems the assistants got re-broken. meanning my assistans don't do any trainning for any of my Slaves. Pretty much all it does is it says the next shift dialogue but it remains on the same shift like nothing happened. - I tried a game in work-safe mode. I got stuck at the first shift of day 3. It would repeat over and over like groundhog day. - unable to reproduce, I know it exists but I can't duplicate - will ask the boards again how to duplicate -
bug - 3rd thing when i had the cat girl doing dehumanizing training I got the right picture and skill increase but I got the text for finger painting - fixed
bug - 1st thing the feasting bug is still there, if I get my first girl to start making feasts reliably I no longer need to have my other girls sleep if I put my first girl on a sleep, cook, sleep, cook schedule. I think it might be that the health calculator is not removing the values from the previous calculation and so using the cooking girls health for all the girls. - docclox found this one - fixed - updated a lot of whatgirls to girls if girl was passed in
bug - multiple text can put skill change warning in the center of an text block - fixed
reported - you add clothes to Lamias Assistant the effects work but when you leave and come back the clothes image is gone but the effects are still there but you can't unequip them unless you replace them with something else and then unequip that set before leaving the screen - fixed earlier
reported - Lamias Assistant equipped china dress any X marked skill to train - Huh?
bug - 1 Menace archetype slave, click next shift, Day 1 afternoon events repeats and doesn't allow one to move forward, To move forward one has to unmarked all the X's in the training path to move on to the evening or move them out of the shot to another room - nothing - this loop only happenes when you put a girl next to the assistant it will freeze time but still give you the rewards - okay i did find one if you have 2 masterbedrooms - you move the assistant to mb2 and leave the slave in mb1 by herself... keeps thinking its an afternoon event - fixed you can no longer put assistants in rooms past how many assistants you have - i hope that was the issue
bug - I've been able to reproduce zerol0v's bug when I loaded the save that I posted the combat bug with. As he mentioned, if the assistant is marked to do any training no matter how many times either Next Shift or Next Day is pressed, the game does not progress at all, except that if it's stuck on say the morning shift, and the house is dirty, all slaves lose health (because the first message repeats itself), this compounds with the issue that the game still registers the house as dirty even if you have 0% dirt in the house. (at least for my file) - think i fixed this with the last fix - unable to replicate
Posted by Daisy_Strike at 5:03 PM