Some more bugs to smash 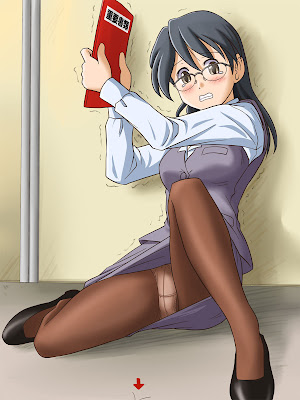 Sort of played it lazy last night and only got a little bit done. How dirt and cleaning is done, is now completely different but makes more sense. Rooms accumulate dirt seprately and an average is taken to compute the total house dirt. Slaves cleaning the house clean the dirtiest room first. Going to need some testing but was working.

Whoreing now makes more money if your a well trained whore. Balancing will be important for this.

A final note a girl learning a class is always random chance and takes a little luck. Will work on more bugs again tonight.

suggestion - whoreing makes more money if she's a whore
bug - tattoo is off center on tattoo screen - fixed
also hard indexed the tattoo screen
bug - skills (slots) problem, after "studying" whore skill in bikini to 100% I got 96 but after dressed of the bikini, and after that could raised it - changed how total points item + skill is calcultated... can no longer be greater then 100.
alphabatized bug finders
bug - Even with a maid, the rooms do not get clean - fixed
new function dirt(temp:int)
new function findDirtyRoom
how cleaning is done has been completely redone each room has a dirtiness and an overall average is the house dirtiness, finally when someone cleans they clean the dirtiest room first.
bug - "skip jobs is not working correctly... - haven't updated skip jobs in a few months... turning off for the time being. - not fixed head in sand - will have to spend some time on this before the next update
bug - The girls' metric height and weight stats are still wonky. - lack of information anyone who has the correct height weight bloodtypes please post - waiting on data
bug - The hover-over text for Blood Type has the information for the Prime check box - fixed
reported - Horo type I got had a blood type UK - Uknown - need information
bug - color changing of text in guild hall - fixed
bug - The text color for nymphomania is darker than the rest (again for the single Horo type girl I've got.) - oops it was falling behind - fixed
bug - I've been meaning to mention that the text for getting the girl from the event walking in town is a bit odd... it says she bumps into you and disappears and then she's suddenly in your pens - text updated to tell that shes a free girl until there is a quest for her - fixed
bug - Also, I got an image for the princess girl during the event, but the text in the box and the girl I received were (Native) Mikuru. - oops i had changed the number of girls and how there loaded... number 4 was the one loaded though and that became mikuru... - fixed
bug - item tattoo rag doll character screen missing if you go to the tattoo shop... - fixed
suggestion - After saying "SOLD!" he says "The current bid is now: 57." Perhaps it could be changed to "The winning bid is: XX." The winning bid was my own - done
suggestion - Some of the girl pictures for hovering over personally supervised actions really need to be edited down, because they're obscuring the various area pictures, specifically Haruhi and Rena. - this is up to the designers of the girls to do this
suggestion - room okay button I do think that button would work better at the bottom left, or at least underneath the options box.- moved - will leave it up to everyone which way was best
bug - If you click on the unlabelled checkbox on the girls' general tab, it takes you to the pens screen and checks the girl into the pens - fixed
bug - seems like buying the room upgrade for the mansion gives you money instead of deducts it. - it does... - fixed - also the gold amount updates on screen now
reported - also dont know if its a bug but had a rena slave do pig training for like 20 days straight and she never picked up farm animal class. - 5% chance so theoretically it can happen on day 1 or 1000
whole bunch of cut off text fixed thanks to slackerfuu for finding them.
bug - empty text box just appeared on the character screen while doing the check box thingy - and can't reproduce will keep an eye out.
bug - girl name labels disapearing on pens screen - fixed back ground is now at the bottom using new hard system - fixed
bug - buttons are going missing on the assistant screen:- fixed back ground is now at the bottom using new hard system - fixed
bug - found the quest coin again after turning in quest. - fixed
reported - I bought a (Mikuru) girl at auction who's appraised worth fluctuated between about 100-250 gold, so I started out with a hefty bid of 100 straight off and won, but when I got her home, her worth seemed to be about 10. Is this a bug, or just my character's abysmal judge of slave potential? - bad skill - and will be fixed when I update the character screen - ignored for now
bug - the Native/Prime label next to the check box on the character screen has disappeared - hard indexed - fixed
bug - labels in the information top disapearing as well - hard indexed - fixed
bug - age is giving age when its supposed to be purchased - fixed
reported - fingering ups the tribadism stat - has to raise something
Posted by Daisy_Strike at 5:16 PM