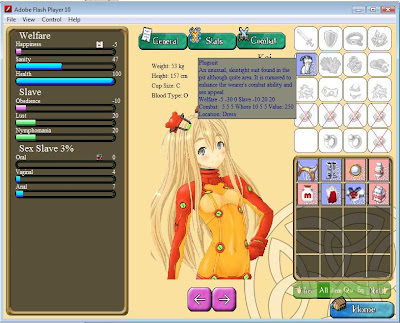 Mugi in a plug suit.

Redcape made the new plug suit images. While Flagnine1 made the item images. So we get a lot of new items. Most of these were on the to be added soon list. Though the plug suit was not, but its looking goooood so who cares.

Continuing work on the pop up screen. Just about done actually got the checks done but untested. Still working on the interface which is actually a little tougher then doing math checks.

Was sort of curious on d/l numbers for those using my links.

Already more this month then last month and only about half way done.