Bugs defeated - On to Character love 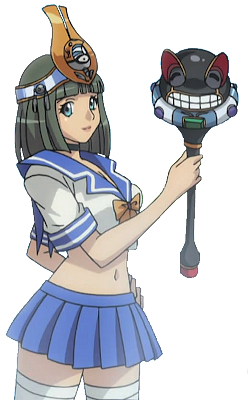 Yay Menace in a school uniform another stolen from the old SM builds. As a side note I am looking for a picture of a Miko Maid with Long Black hair and has to be usable as a floating front image. 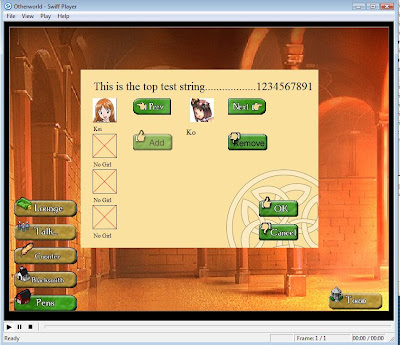 When I first envisioned otherworld one of the things I really wanted to see was questing girls to order. To do that requires a way for you to select the girl, check if she has the right quest requirements (pony girl, nympho, etc). Turn in more then one girl at the same time, remove those girls. And finally pop an event after the pop up if it was successful or not. Going to take a few days to build well.

bug - On reload, my assistants changed. I had the fairy and had bought the catgirl and lamia. When I saved and reloaded (started with a new tab), the fairy was replaced with the angel, the lamia with the fairy and the catgirl stayed the same. Very odd. - looks like a load error - okay so in fact the icons are not being loaded onto the right assistant... - fixed but this will have to be written or changed when assistants become more flexible to allow more
bug - Managed to purchase a slave (Haruhi type) from the auction house with only an initial 1 gp bid (that was automatically bid, without me taking any action), despite that fact that she had full classes (Lesbian Slave, Whore, Combat). She appraised correctly at the auction house (between 300-500), but nobody else bid. - no idea what is going on with this one if anyone else sees it screen shot it please - unable to reproduce
bug - Try this: take one girl and equip her with everything. Fully pierced, everything that can be locked on, locked on. Dildo and anal whatchamacallit installed. Then train her until her sanity hits -100. Now unequip the stuff that's supposed to lower sanity and try and raise it again. I find it sticks at -95 or so.- it looks like ms. blacksmith isn't subtracting stats when she unlocks stuff - fixed
new function findItemNumber(item):int
bug - dildo through chastity belt no background - fixed
------------all reported bugs fixed or ignored ---------------------
Began work on quest girl turn in pop up.
new as initial.as -- going to start moving all initial created children to here sooner or later for consistancy and may be necessary later on if children become to unweildly and cause memory issues
new function questGirlTurnInPopUp
changed the ugly white slide show back ground to the Redcape yellow with knot


Daisy
Posted by Daisy_Strike at 3:12 PM