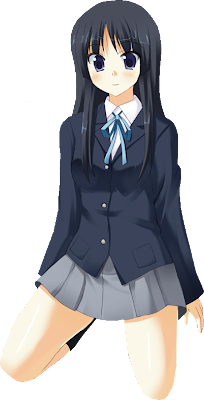 Going to try to get a set of school cleans done to add to the other front images. Think it might be time to start on the Miko Princess soon as well.

There was another loader issue that I think I have resolved.

Next all the listed bugs are fixed except for an odd saving and loading bug where character data (date, time, room assignments, etc) are not updating. Which should mean that a new official release tomorrow unless something changes.

I didn't realize it but the prostitute class was not up for learning. This has changed. Whoring in rooms will now also result skills up for whores and more money... I hope it was acting odd.

made some modification on how the new whore payment system works.
continued working on issues with the quest screen - fixed
bug - The carpenter's quest doesn't show up in the quest screen. - fixed
bug - A slave will tell you the sad dog story before you have the quest. - fixed
bug - the bar images are just strange, showing multiple colors (blue and green) for stats that I only have through item bonuses. The bonus stats appear to be showing up half-blue half-green, which makes for a fairly misleading image. - fixed
bug - The welfare sliders are badly messed up. - fixed
reported - A lot or reports of doing the wrong sex with a girl resorting in plain text - pretty much working as expected as you can't really train a straight woman to love being a lesbian all you can do is make her proficent - ignorning for now
reported - obedience loss on certain random girls - more information required - unable to replicate
bug - When a class change is offered, it comes up after being told how the shift went, but then after choosing to change classes, the shift report for the girl was shown again. I had two girls, the girl who was offered the change was a Haruhi type.- Simplified timeline: Shift Report --> Class Offering --> Shift Report (same girl) --> Class Change Report - fixed
reported - gave her items that affected them - Happiness, Obedience, Lust, and Nymphomania. All appeared to be zeroed out, but as soon as items were added, both the green bar for bonus stats and the blue bar for base stats both appeared correctly. - other character screen bars fixed this - fixed
reported - Equipping a class stat increasing item (bikini/ maid dress) and changing the class afterwards resets the stats. Unequiping the item causes the stats to drop to -10. - unable to replicate may have been fixed with the other character bar screen fix - unable to replicate
Posted by Daisy_Strike at 5:20 PM