I have succeeded in the impossible dream. 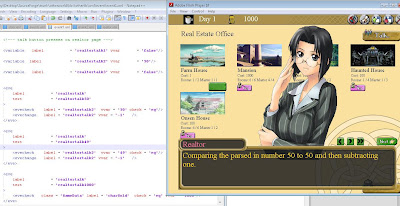 Parsed in 50 in a variable created on the fly ( realtortalk2 ). Then compared it to 50 and since it succeeded went on and subtracted one. 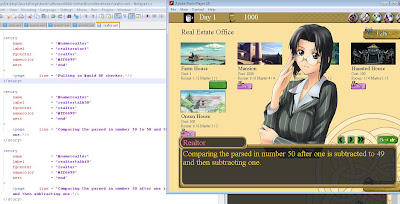 The compare to 50 now fails on realtortalk2 and it compares to 49 succeeds and subtracts one more.

The compare to 50 and 49 at realtortalk2 both failed. So lets instead of comparing a variable that we made an existing one 1000 gamedata.chargold we succeed and subtract a gold. 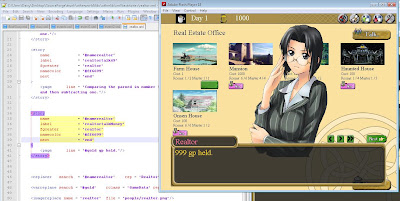 The compare to 50 and 49 at realtortalk2 both failed as well as the compare to gamedata.chargold 1000. (Yes I know its not updating the top display at this time.) Now we get a succeed on the gold 999 which means from xml I can influence variables in the main game. So freaking awesome!

Basically full xml event creation from that. Now all I have to do is add some love to push items and pop quests and were done. Anyways I think its cool.

Daisy
Posted by Daisy_Strike at 3:51 AM