Quest Book and Thank You. 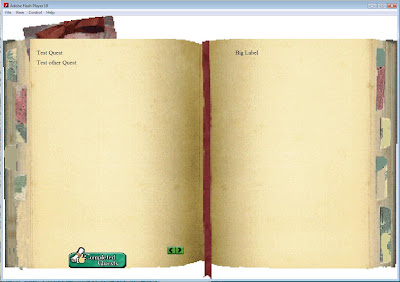 So first look at the new quest book. Looks about the same just in its own .swf. Internally its very different. Also got the data structure built and the parser.

I want to give a thank you Mr. Enigma who updated all the item xmls to allow for easier sorting and player made shops. Thank you again.

Lastly, yes I know the xml from yesterday was broken. When I copied and pasted I missed something, on the other hand no one noticed so...

Daisy
Posted by Daisy_Strike at 3:59 PM