Pounding my head against a target. 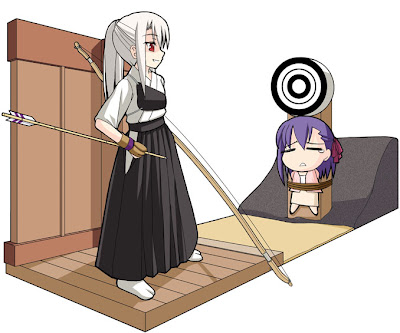 Okay so trying to use the extends class stuff. So it work perfect for assistants and girls. Unfortunatly not for player. Basically if everything works fine you get...

What you get for player though is

Because it was basically a static class... Which defeats the entire purpose. So after playing with it for a nice few hours I got a plan. I re-named the Player class to cPlayer and made the variable Player an instance of cPlayer. This created a few bugs most of them I fixed by every class that bugged out I added a new variable of Player and then assigned them at the start of the game... There has got to be a better way.

But hey it seems to be working. I'm sure I created bugs somewhere that I haven't found yet though. But now I can get...

From an extension class.

Sorry about the code stuff and I am sure someone is going to write in that this was a stupid idea but... oh well.

Daisy
Posted by Daisy_Strike at 2:40 PM