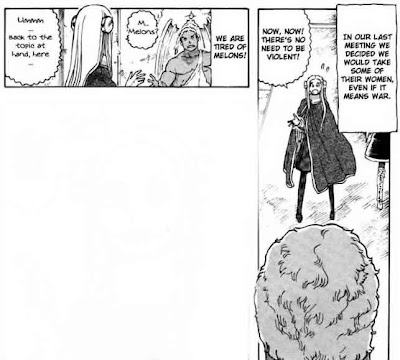 That's actually the real text from the manga...

So assistants actually are going along much faster then I thought they would. I got the classes done last night. As for all there internal functions right now I'm just linking them back to the old external pic functions, because I don't want to spend a month on them. And the game isn't crashing though all the assistants are angels. No data in them... will work on the xml tonight probably.

So nice having a computer that compiles the game in 15-20s rather then over 2mins. Over all very happy with the new Laptop, was a little surprised it had a num pad, goes to show how observant I was, but thats a very nice feature once my hands figure out where it is :).

Daisy
Posted by Daisy_Strike at 3:20 PM