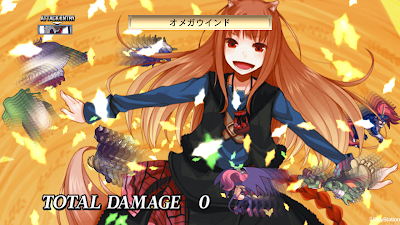 Yes that is Horo in Disgaia 4. I FREAKEN CAN'T WAIT!!!

On and another positive note, the blu-ray of Queen's Blade, finally arrived after only being 3 months late on a pre-order. Well worth it of course.

Spherians unlike the other 2 that were founded in the last decade or so has a much larger history so this might take a few days.

External Appearance:
A large wall surrounds the embassy. It is actually a new addition to stop people from colliding with the sphere force field that surrounds the entire complex.

Internal Appearance:
A well trimmed garden with fountains and a few low buildings. (Most of the actually building are underground. A common design for Spherian architecture.)

History:
The Spherian history is rather long... but for now lets go with how it relates to the Magmell Embassy.

First off the Spherian Classes -

The main thing to note is that all citizens of the empire are slaves of the empire. Gaining rank for citizen slaves is based on hard work and expertise. Which brings us to the next major thing...

The spherians don't have a real economy. Since they can replicate anything with enough matter and energy. Instead they value skills and expertise. Especially expertise. Spherians can live for thousands of years so general knowledge in just about anything is to be expected. But expertise in a specific subject is highly valued and brings respect to them and there clan. Its also the only way to be promoted in the Spherian council bureaucracy.

The one thing they do want are slaves, a well treated slave's daughter will almost always join the clan of the clan that owned her mother. Not that a clan owns a slave they are rented by the government to help perform tasks.

Daisy
Posted by Daisy_Strike at 3:51 PM