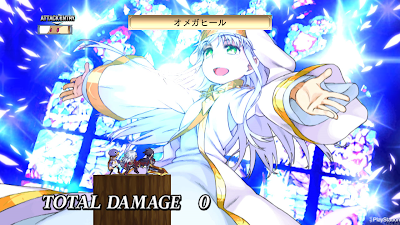 Yes, that is Index in Disgaia 4. Did I mention that summer can't come fast enough...

The SVN is updated... and I broke the current copy... sorry all.

Added task bar to the shops. Instanced the shops still a few things I want to do to them.

More background on the Spherians... Spoilers.

The Embassy presented it self to the king in (year). Making them the first beings to enter Magmell willingly, flying in a small craft. (The main ship left at the south polar dock.) Initial jubilation of a possible way for the residents to be sent home was quickly squashed, when Ambassador Mir explained so eloquently she was just there to observe that no barbarians were "violating the spherian right to dimensional travel." For a few moments it appeared that combat was inevitable, but losing the only possible life line to leaving Magmell was too important to lose. The Spherians were granted an embassy. At which point besides formal occasions requiring their presence the Spherian's have not left it.

The Spherians are currently engaged in a number of tasks. Their official goal is the observation of the P-Door and forcing it to collapse. Dimensional travel by unauthorized beings almost always considered an attack on spherian sovereignty. Though careful study of the P-Door is required as it is a self sustaining tear with out a continuous energy source. Which means that the Embassy is in no hurry to close it and would much rather study it. Any research on replicating it stability would bring much honor to the clan.

The other thing the embassy is doing is purely underhanded and is another reason they are delaying closing the rift. All slaves are owned by the Empire. The embassy though is allowed to hire or purchase slaves to supplement their ranks. They are then the property of the empire and officially part of the Spherian staff. Of course if those slaves which are part of the embassy are then loaned for an extended time to another party, they would still appear on the rolls as staff of the embassy. Creating a gray/black market. It would be unlikely in the event of the embassy actually closing in Magmell that they would leave any property belonging to the empire behind.

Daisy
Posted by Daisy_Strike at 2:01 PM