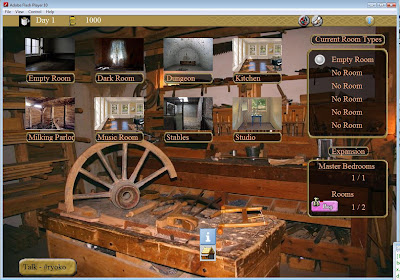 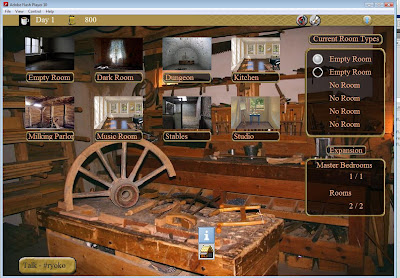 So lots of little upgrades. XML is now parsed in and the rooms types are built from that xml. (Here is the xml that builds this room.) Be advised that is still a bit tentative as I'm sure I'll figure out more options I need to add. Speaking of adding I added a function that will hide parts of a radio button array showing that the radio button class is just started. As you can tell the buy expansion buttons now work as well. Ain't they cool... Now tonight the buy rooms need to work and that is going to seriously break the main game as changing the room type holders from ints to strings... Also I am going to try to add required rooms that can't be changed depending on the house. Also rooms that can't be built do to the house. Something a lot of people have inquired about.

Was going to stream tonight but I need to burn some dvds and not going to put that huge a load on my computer at the same time so sorry.

"I don't think you would ever understand, Konoha." Received book four from Amazon today, so spent last night re-reading book 3. This dark series has just been getting better and better and with the huge secret reveal in book 3 (I saw it coming... but it was still a maybe now its a certain) which so far has been ignored in book4 instead book 4 seems to be focusing on why Kotobuki is so Tsundere as something I have been wondering about. Anyways soooo... good.

Daisy
Posted by Daisy_Strike at 6:39 PM