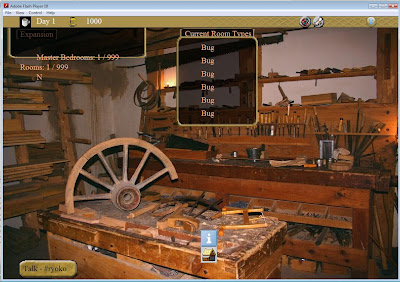 Started working on the carpenter last night... as you can tell it is still in more of a setting up the items changing them from the original arraycontroller function to the ACOW class. And then I got distracted and decided to build a standard radio button class and that was that, its seems like a good idea but building my own universal radio button system needs a bit of thought which makes it interesting so definitely puttering with that.

Tonight maybe more of that...

So fileserve and filesonic are gone... and many of the other ones are banning the USA. Such an interesting world we live in. I'm thinking Mediafire and torrent. But the last few times I tried torrents I failed. We will try again... though probably atleast 2 months before another release. And I think that is optimistic, tons of stuff being changed in the back especially xml housing and carpentry... Which may mean I'm forced to do jobs as well during this upgrade... though the jury is still out on that.

Thanks to Jetset1510, it was "AI love You" which explains why I couldn't think of the anime, it was manga only. Thanks Again that one had been on the tip of my tongue for 1/2 a month.

Daisy
Posted by Daisy_Strike at 7:07 PM