Okay bear with me since cursors don't show up in screen shots. 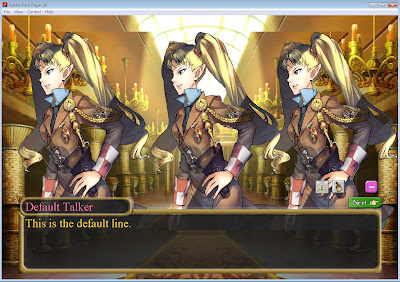 So the cursor is not above the picture... 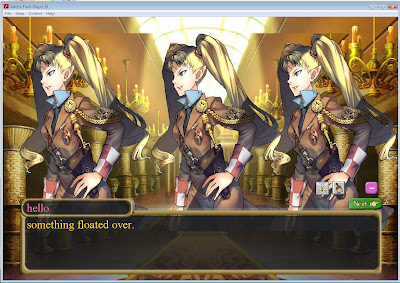 The cursor is above the picture... text changed. Still working on images. 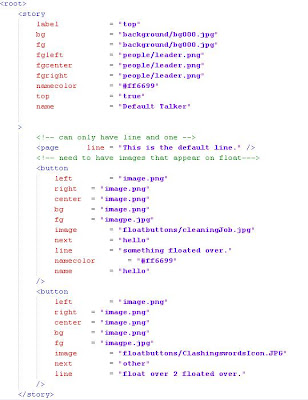 Much more complete xml. You will note that unlike the previous variation where only one person could appear on a hovering with this anything can be changed on a hovering over... theoretically it doesn't work yet. Most likely that feature won't be used much but why not go all out. So how does it work the buttons are just being assigned properties. The xml is assigned to the on the fly made button and bam we then read all the data off the button. Maybe not the best way to do it but that way if someone made 4 buttons that were all the same it will still work instead of using the is as comparison where the first button would all be chosen or naming the buttons and then ending up with someone deciding by accident to name all the buttons bob.

Hopefully tomorrow will be the finish as the float in and float out images start working. By far the most complicated feature.

Daisy
Posted by Daisy_Strike at 3:48 AM