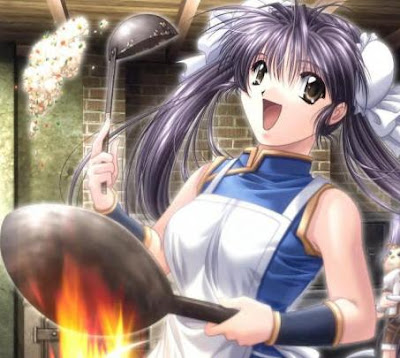 This should fix most major bugs that are not save or load related. Hopefully those will be fixed soon. Also a small addition of a color changing box in the options screen to change the house % items to allow better visibility.

For the first time I am also including an exe version of the game. For those of you had trouble starting it before please try the .exe version and comment if it fixed the issue or if the issue still persists.

fixed - Gloves and items placed on by blacksmith seem to be able to be removed by placing another item in slot without visiting blacksmith to remove. - verified fixed with both click and drag
fixed - Finally, bit of a minor thing, but the color of the percentage numbers for slave health and happiness make them a bit hard to read on the mansion background. I don't know if making them brighter or something would help. - at options you can now change the screen text color... this is a small fix until i rebuild how homes are made.
reported - not sure if its a bug or if you just changed how it works but i'm on day 52 and none of my slaves have learned a new specialization other then the maid one in the present - work them harder...
fixed - The cat collar is set to go in the tail slot. - ... xml fix
reported - Also the Arena seems to be missing, not sure if it was removed on purpose. - its out for repairs indefinitly
reported - As an aside, doesn't seem like many (any?) of the new clothes have paperdoll images. I'd argue they shouldn't be added until they are finished. (or there should be some asterisk or something warning they aren't yet finished) - take it up with the art department
fixed - The 2nd present I got (assuming it was supposed to be furniture) gave me the option to teach my first girl to be a maid (again). - no furniture was being given if you walked through fixed
reported - Also manipulating stacks (like splitting a stack into 2 etc.) doesn't seem to work at all. (At least if it is supposed to work the way I think it is) --- how am i supposed to fix this one?
reported - Another thing that I think is already known I wanted to mention again just in case is some of the gloves and the cow suit corset showing over breasts (C-cup and larger) looking quite strange. - a constant issue not one that will be solved soon
fixed - Okay, I started a new game, bought a Haruhi archtype girl, and noticed she started with futanari sex type. I wanted straight, so I saved and went to cat's paw and bought a futanari potion and an eros brew. I used the futanari potion on her, it did nothing, then used the eros brew, and it changed her sex type to lesbian. Unsatisfied, I reloaded my save to rebuy the eros brew and try again and got a message that said: "Error! Trying to change sex class futanari, to futanari, the same one, please submit an error report if you see this message."
---using a sex change item on a girl who already has that sex will result in it eating the item only... so pay attention :)
fixed - Also Nanoha and Yorichi haven't shown up in the auction yet, I tried save scumming for them and after about an hour stopped with out seeing either once. - nanoha was on vacatin she is back now... Yoruichi is gone until she has a head...
fixed - Virgilia's quest doesn't appear in the quest log. It's actually there, under the other two active quests, but you can't see the quest name. The dialog for it does appear in the right pane when you mouse over where the title would be in the left pane if you could see it.
fixed - At the farmer guild quest, when the guild guy shows up to pick up the milk, it isn't removed from my inventory. Anything else seems to work though, like getting the money and triggering on the right amount etc. - the logic for this was just stupid... confirmed fixed as well as money gain
reported - lace and mew maid catgirl. i've tried with every piece of cat and maid equipment i could find and had stats at 100 with equipment both cat mimicry and cleaning. when i say shes ready they say shes still missing something. - verified work - was this after maybe saving?

Daisy
Posted by Daisy_Strike at 3:09 AM