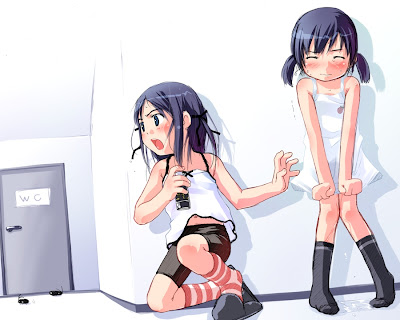 Thanks for all the torrent help expect a torrent the next time around.

8/10/11
fixed - lotus blossoms
fixed - Some consumables cause problems (when used from the slave screen), namely rendering the "Home" button ineffective, making it impossible to go back to the game. They get the slave badly drunk though, so I guess there's a silver lining.Examples : the present you get in the tutorial, futanari potion, mystery potion.
fixed - Alcohols have the same blocking problem too, could be an issue with the drunk status. The consumables affecting stats only (foodstuffs et al.) seem to work fine.
ignored - issues with dolls and layering... not really worrying about these issues at the moment feed back is nice.
fixed - The pay announced for a whoring shift differs from what is effectively added to your monyez. I'm guessing the message is the one in the wrong given that
fixed - The pay announced for a whoring shift sometimes pops up in the negative range (or just 0). That and the above leading to things like supposedly "making" -50g while in effect gaining 3. Does not happen all the time.
unable to replicate - Rena hangs on fortune telling. - Irrbloss made a number of fixes to images and I'm thinking that it was fixed then
maybe fixed - Once I've gotten to day 57, I can't get passed any section of the day that has one of my slaves cooking (Mio), to get passed this I just stopped her from cooking. But then I tried having another slave cook (Lala) to see if it works, and it did. I figured it fixed itself, so I put my original slave back to cooking, but the problem came back. I realized that Mio doing any sort of cooking just stops the day from progressing. - re-wrote the happiness and health gain
fixed - The "fetch mah needle" quest from Sugar fails halway through, at the point you're supposed to get the actual needle from Bubba. What you get instead is an apple with its usual description and icon, yet named "Sugar's neddle". Going back to Bubba will replay the scene over and over, though the excess apples/needles will not appear in your inventory right away. Finally, the shop/Sugar will only "react" if you go there straight after said scene, and only in that it will freeze with half the graphics for the shop (shop stock present but empty, your inventory all there), Sugar nowhere to be seen, no message and no exit button, blocking you there.
fixed - I don't see a virgin indicator anywhere (or I was unlucky and all my girls already had their cherries popped) - fixed earlier
fixed - A lot of backgrounds don't seem to be working correctly. Namely in the auctionhouse with an eye searing red wall behind things for now. - thanks docclox
fixed - I have had the class achieve "whore" text come up and accepted to have any slave become one and every time I do so the text stays there as well as the options, and if I select yes again it tells me "error cannot be it twice" - lots of class fixes
reported - I have not seen any items for sale in the following slots Blouse slot,Bracelet slot ,Anklet slot,Cape slot, Other slot, Weapon slot, Shield slot,Dress slot,-- Everyone make some!
fixed - Their is no longer an undergrament slot following items are no longer valed ItemUndergarmentChastityBelt ItemUndergarmentStrapOn - they are now panties
fixed - also Mugi crashed the game on startup due to broken xml - fixed by irrb

Daisy
Posted by Daisy_Strike at 4:12 PM