Death to the bug infestation! 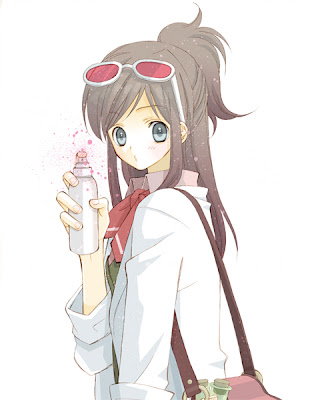 more info needed - case sensitive folders Assistant, ItemImages and EffectImages Reported that the linux and mac users have trouble is this the actual file name or is it internal issues
fixed - Tattoos don't work, save for the Flower one the artist gives you the first time you go to her parlor. Then again this particular one is a "Tattoo Plan" when those you can buy (even Little Flowers) are just "Tattoos", as in the earlier versions, so we're probably just seeing this one mid-adaptation. - tattoo plans not tattoos are sold now...
fixed - I found the present from the tutorial at the cat's paw, whether I had skipped the intro&tuto in that playthrough or not. Several times in the same game, luck willing. Is that supposed to happen ? - present is now a quest item and quest items are now not sold at stores.
related - love potions are now quest as well
fixed - I don't remember Potions being available at the Cafe in the past, they are now. High chances of me remembering wrong on this one, and a minor issue if one at all. - potions are there own category now and are sold only at the cat's paw Though a potion shop should be made for them
reported - Upon loading the swf file it says 'can't load file assistant/assistant.xml I look in the directory and see that the folder is capitalised, "Assistant" and because linux is case sensitive I change it to a lower case "a". I reload and it says 'NPCs loaded" and then sits there. No buttons load, so I cant even begin... - assistant.xml is lower case not sure if someone else fixed this or not
fixed - walkthrough causes freezes - walkthrough has issues... no crashes but need to talk to doc about the part in the auction house also love potion not appearing. - love potion is now appearing the assistant has a tendency to stick around though... but i really don't care
fixed - arena button is only seen at evening and night but isnt open, Arena button doesnt appear during morning or afternon - doesn't appear at all now!
more info needed - cash amounts do not sem to be adding correctly (where when why?)
more info needed - Day 26, went into 2 snips tailor (just recently purchased a new slave, not sure it matters) and it failed to setup correctly. Nothing apparently available to buy, drop box to filter items in upper left corner, prev/next buttons, but no buy/sell/exit buttons. (i.e. soft lock since I can't leave) Background was house image, also happened in day 2 a couple times going into cat's paw
fixed - Putting the flower pot you get from your assistant at the beginning (if you don't do the tutorial/intro, at least) into a room, when you actually go back to just the room info, the pot isn't shown in the furniture window
fixed - Personal Training (Belldandy type?) after choosing walk around magmell, the "go back" button doesn't work. (seems to be all go back buttons in personal training) Additionally, there is a semi-transparent image of the current slave in front of all the scenery image whenever you hover over the destination buttons (which may be intended?)
fixed - Somebody else mentioned something similar, but once my Haruhi type became a faithhealer, (same issue as with maid, incidentally) fortune telling caused the day to not advance. (though she still go a fatigue hit)
fixed - Love potion costs 0. Is this meant to be? - no longer sold
working as expected - lock down- went 7 days and it didn't leave 100 health .... sanity took a hard hit though - yah she aint doing nothing
fixed - in doll stats mode. removing an item brings up a partial inventory over the stat bar you are on
ignored - #6 Buying a Mansion costs 1gp, but the listed price is 10gp ( will fix when we add more buildings)
reported - beldandy fetish... she pops up as a more common character until you buy her i get average 2-3 a day ( You know i thought so too but there is no reason why...)

There are a lot of bugs you will see that are skipped if your following along on the bug list. The main reason is some require at home work, they are just not work safe and a few require hours if not days and I'm trying to clear all the easy stuff first. This list is as follows.

on hold - red collar doesn't show on doll when equipped
on hold - tjob freezes game
oh hold - Lala missing lock-down pic
menace missing cow pic
Mizuki Konoujo missing cow pic
ranka missing lock-down pic
on hold - Think this is new, no image(s?) during the carpenter quest solution.
on hold - cowsuit gloves(blacksmith) do not show on picture
on hold - when removing green bikini top doesnt remove from doll (actually appears to be happening to all tops and the specialty collars)
on hold - the bodytype of the dolls don't always match the slave's actual attributes. You can have small A cups with the huge, bigger-than-her-head tits graphics, or DDs with the "very small" graphics.
on hold - Some mix-up in the Stables, graphics wise : "treat like a cow" tends to produce a pony related pic, and vice versa.
on hold - Mousing over the masturbation button on haruhi gives a chat box with "I screwed up double check" in the title area. funari has masturbate skill but says "i screwed up double check"
on hold - yuki quests seems odd behavior
oh hold - piercing
oh hold - quests pop up
oh hold - Crashed the game when trying to replace a girl's base collar with an improved one. I was using my CS5 at the time, so I have this in the trace window.