All the easy bugs killed now on to the hard ones... 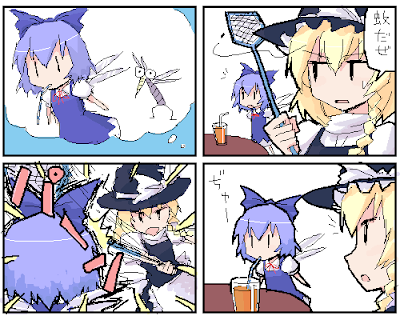 fixed - Had cowsuit gloves (old ones) equipped on a girl. Wanted to unequip it, but if u hit "unequip" by the blacksmith they are still equipped until you leave the blacksmith window. At this time the player is able to unequip as many times as he wants, so you get a limitless amount of unequipped item. - there are no longer 2 pairs of cow suit gloves - and removing removes...
fixed - mansion should cost 10gp yet only 1 gp gets withdrawn from your gold stack. Still it's to damn cheap. - okay i get it... its 1gp now again in listing and price
fixed - brand logo of the blacksmith is over the next button when I first met her. - moved button to left side.
reported - music button is there but no music is in the pack so why is it there?? - will be available as an expansion next go around not part of central d/l
need info - also clicking on jewelry and tattoo parlor 25% of the time brings to a glitched inventory screen - i have never seen this has anyone got an idea why>
fixed - Space missing after slave name "Atsukoonly talks to you about the weather and other inane things."
reported - you can bypass the self stats page ... don't need name job or reason added to go to next page - expected behavior
reported - lockable items come off without blacksmith - doesn't seem to be true tested with a lockable item
huh? - mason text off health bars ... cant read the % very well - more details please
reported - Home button on the slave display screen does not work. At least not during the walkthrough. - seems to now
reported - and lolis="y" doesn't seem to work aswell - ugh no lolis in the game at the moment...
fixed - If you decline a Girl to learn a "Job" like faith healer you'll be asked again for her to learn the Job when you repeat that job specific action again later...I encountered it with "Faith Healer" and "Housepet" - fixed earlier
fixed - The girls don't gain "Lust" - lust doesn't really exist anymore its all LP... - made a few internal changes they seem to be gaining lust now i think... - erotic dream is adding lust - so are items
fixed - Gold Ring is placed on "Hat" Slot instead of "Ring" Slots...even manually drag and drop lets end it in "Hat" Slot.
reported - no boots for cow outfit. - don't have image icons for them now....
reported - Yoruichi, Sheryl, Orihime, Asuka, Horo, Mari - all but yoruichi done thanks to redcape. Yoruichi was being done by Zero_Profile
reported - Assistant complains about being ignored, not any obvious way to pay attention to her. - Bribe her damn it! give her gunk!
reported - Job glitch where it doesn't move past selection until selecting twice then gives error. - (who what where why?)
fixed - When refusing a job for a girl it will give a different job refused than when it offered it. - should be resolved with the class update.
added - Also what command in prefs.xml do you need for Futanari?..I tried "futa", "futanari" and even "futan" without success. - futa = "n" now will remove futa characters and slaves... more testing may be required
working - piercing - first off the girls some have 95% chance of piercings at start... NO! especially not clit... what the hell guys... updating girls.

Peircing all tonight. This was one I kept putting off and before I knew it became a bug rather then a I'm going to do it later project. Will take a little while.