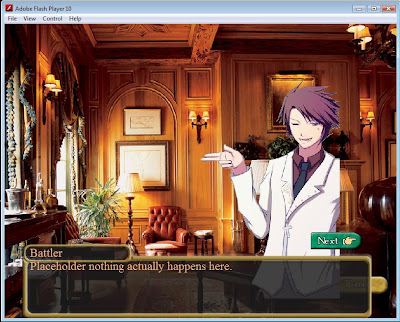 The gentlemen's club, with it's representative Battler (who probably will have to be cleaned again.) 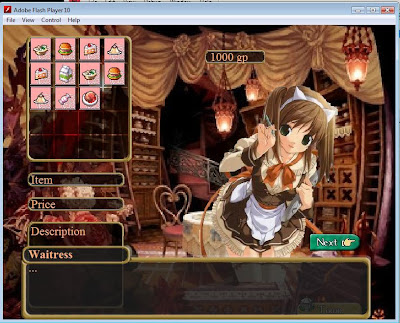 The little time cafe now with a waitress. 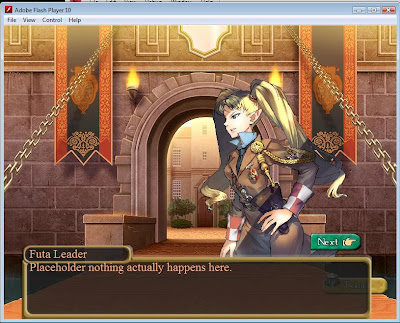 The Futanari Palace, with its unnamed representative. Ready to take over the world.

Another lazy day where I added more people and places. Not really that thrilling but I want to spend at least a week sooner or later adding new quests as soon as I get tasks up and running. 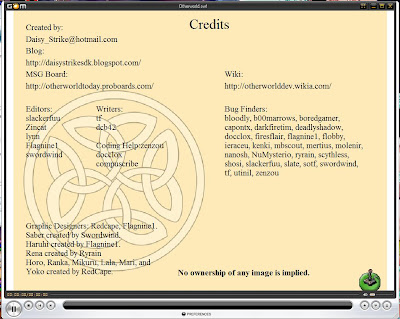 I want to thank docclox, compuscribe, and zenzou. Between them I think they have helped fix the save and load issues. Added to credits oh and updated all the credits to add new debuggers and wiki. If you should be in the credits and are not. Please send me an e-mail or leave a comment and I will fix the issue.

Will work on instancing the carpentry screen tonight. Why, the carpentry screen? It has radio buttons... which I want to die that is over 100 instances by them selves. Add that if I get the room pictures instanced that is 7(?) room backgrounds that can all be removed from start up. Expect radio button screens to be the priority for the instancing project until there gone. If there is time left there is a collision bug with furniture that I need to fix, saving and loading of furniture, displaying furniture in assistant and master bedroom, and finally furniture abilities. I think that is enough for one night.... probably more like 2 or 3.

Daisy
Posted by Daisy_Strike at 1:25 PM