Shops back up and running 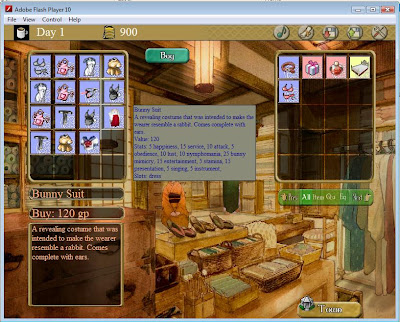 Standard shops are back up and running. Buy/Sell works the same as before, float over now gives all the text. It's the same old stuff but still all the names are xml text rather then numbers. All the images are built on the fly. A lot less ram usage that way as before there was an array of images used to compare against the current array of items that was also an array of images. With 150 items already in the game, that was a 150 items just sitting in ram for comparison plus the dozens the player has. Much more efficient version.

Specially shops are still needing work (tattoo, blacksmith). Over all though making good progress.
Posted by Daisy_Strike at 12:47 PM