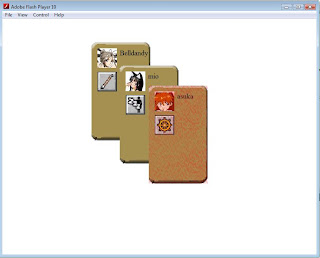 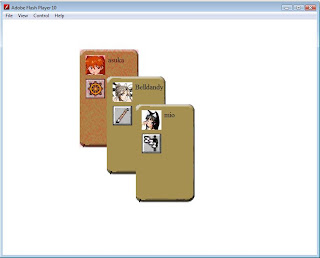 Some layering tests.   Also more overlay tests.  I guess I should do a basic explanation about how the are moved around.  It's really stupid to tell you the truth.  Basically there is an invisible overlay on the top of the cards that is being moved, the stuff underneath is just dragged along with it.  My goal is to then punch holes through the final version of the cards to allow for buttons to be pressed if that part is stolen.  Unfortunatly the only way I can think of doing that is a bit of a time sync and would be wrong in a lot of situations.  Which is why I am testing.  Actually now that I think about it why not... oh that might work.

Been enjoying Elysium.  A very well thought out and plotted RPG Maker game.  If your bored its definitely worth a look.

Daisy
Posted by Daisy_Strike at 6:52 PM