Wow that one physically hurt... 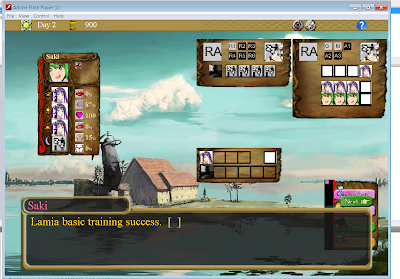 I have succeeded in having an assistant job fire.  Turns out there was a minor issue with the event system.  I never considered that anyone would want to pull a Boolean variable from the game using text replacement.  So after finding that out and adding a system to allow it to work life is good.  (The worse part is I know I could have just converted it all to numeric versions of Boolean, but i refuse to be that half assed.)

So as you can tell 1 job started 10 x 4 variations to go.  I will try to get as much of it done in the next two days as I can then back to bugs.  Still really want to release a beta around the 3rd week of August when I go on vacation... that is if I get vacation.

Daisy
Posted by Daisy_Strike at 1:28 AM