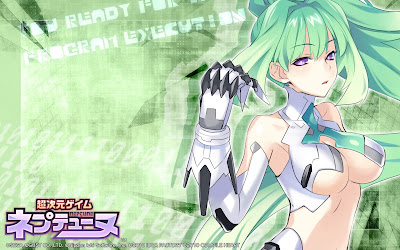 The reviews all go on about how good the plot is... I just didn't see it.  But I liked the over all combat system it was a nice upgrade compared to version one (real fun seeing Steins:Gate camios) as one of the attacks.  Also any series that starts off with the main characters in tentacles.  Transformation sequences that actually go loli -> adult but then for some of the girls loli->super loli lots of fun. 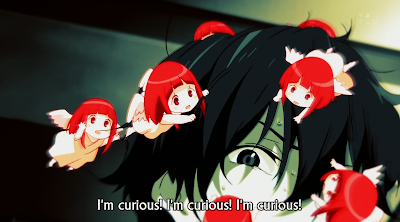 http://mazuisubs.com/ just finished translating this series.  I had read the first novel over on bakatsuki as was not that impressed.  And the reason is the first novel is by far the worst of the mysteries.  As a matter of fact this would get a much better grade if it wasn't for the first 6 episodes deal with it.  The second and third major mystery are very very nice. 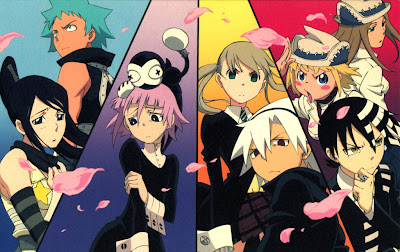 Watched this entire series in two days... and what can I say.  As action animes go it has a bit too much wandering into madness.   Lots of real cool but quite a bit of slow too.   If you have seen any shonen jump manga your probably already know most of what Soul Eater is about just in a stylist Halloween type world. 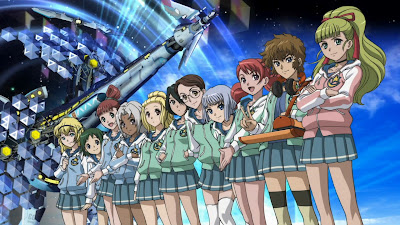 My largest complaint, I want more episodes.  So much unresolved ready for an another season.  (And just so were clear it's a full 26 episodes.)  Lots of and ridiculousness, the entire plot is just insane, but I really don't care.  Pirates searching for treasure, kidnapping maidens, and of course raiding ships.  All of this while still maintaining the school comedy aspect.  Cross fingers for another season!  (Oh!  And solar sailing ships!) 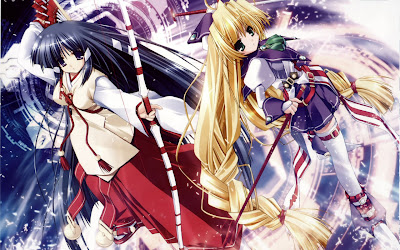 One of the worst opening episodes EVER.  Just about sunk the series right from the start.  It actually recovers and almost becomes reasonable and then your out of episodes.  A lot of the harem is interesting and Sister Hell looked like she had lots of promise but the series just sunk itself. 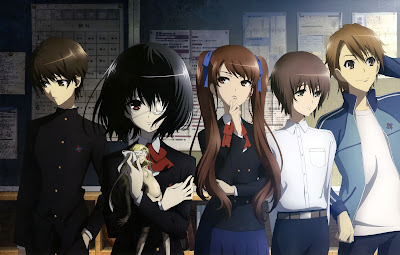 Another suckered me so well I was highly impressed.  The series is a rather nice mix of Horror + Mystery.  Trying to figure out who the "extra" person in the class is before everyone dies was fun.  I recommend it and can't say much more with out giving away the fun as the first 3 or so episodes actually just.. Go watch it for yourself. 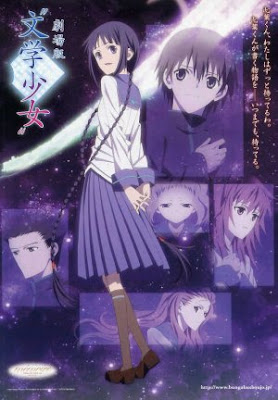 You know I have read most of the book girl books.  And first off if you ever plan to read the books DON'T watch the movie.  The movie ignores books 1-5 and jumps right to 6.  All of the exquisite anticipation of how Miu influenced the main character and has been pulling strings from behind the screen is gone.  That right there is enough to disappoint.  But if your just watching the movie and have not read the books its not bad.  But it does get slow at points.  Read the books... then watch the movie if you feel like it. 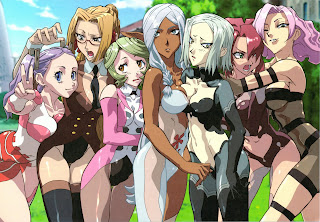 Isekai No Seikishi Monogatari - B+

Okay I (am/was) a huge Tenchi Muyo fan.  That being said most of the later stuff ain't that great.  This though was damn fun to watch and well worth it just for the harem.  Sure the main character is too perfect.  And maybe a little too much older women bossing him around for my like but still it's fun.  The action was entertaining, but so was the school hijinks.  And of course when comes down to it way too much, huh?!?, background story that you just throw away because thinking about it to much is just not worth it.

Well that's a short week vacation.  (By my count that's about 6 full series + video game)  Getting low on new anime but the summer season should just about be over and lots of stuff I'm anticipating.  (Going to re watch Dog Days season 1 tonight... need season 2 to finish damn it, I want to watch.)

Daisy
Posted by Daisy_Strike at 11:38 PM