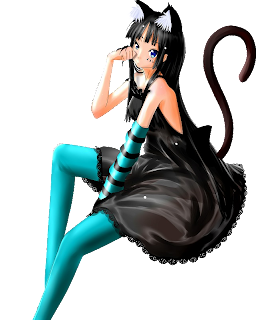 Your Mio for the day, another Lazy Neko Mimi, thats all I have to say about that.

Now that the random girl maker is up and running been working on the Auction system. Basically, I hate the idea of a static purchasing price, but an actual Auction where the price will fluctuate based on how you bid. How do you do that though with out building a huge and overly complex market scheme. Now that is the question. This version will be pretty static, I hope that in a future version to put in timers and actually make it a real time bidding war.

Daisy
Posted by Daisy_Strike at 3:48 PM