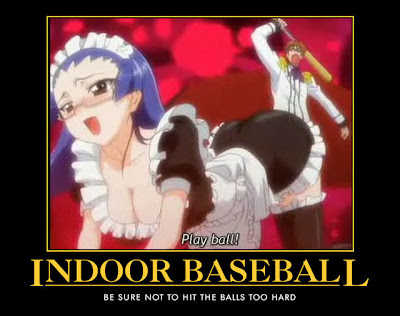 I have no idea where this is from, anyone?

So still working on the character -> GirlScreen rewrite.  It is really dull and with nothing on tv going really slow.  The only possible technical issue was getting the girl dolls (ef Frames) to work with a seprate .swf.  But I should have know Docclox's programming is too good to be confused by something that simple and after about 30 minutes of stupid mistakes its up and running.  The bigger screen also means that I can now display player items and girl items side by side with out having to use combo boxes.  SOMETHING THAT ALWAYS PISSED ME OFF.  I would show screen caps but it would really look like I had done nothing... which is so true.

Ikubi seems to be winning as the manager of the pens.  Lots of images for her which is a plus.

Daisy
Posted by Daisy_Strike at 6:48 PM