As is my way I normally do a rating on what I wasted my vacation on.  Last time I didn't include my rankings so lets do that and why. 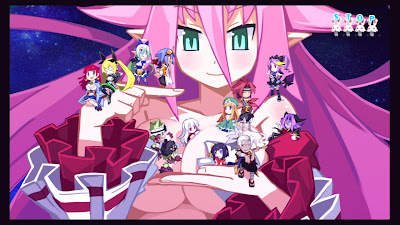 Another of the NIS / Compile Heart RPGs.  And one of the better ones.  The plot is very simple you go around conquering all the worlds, making the inhabitants your peons, by moe killing them. 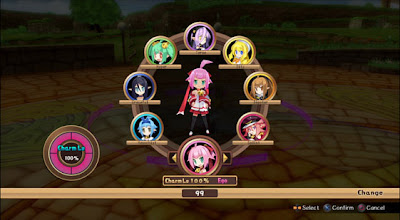 Unlike most games where you have elemental stats fire/water/air/earth instead you have moe stats ego/terse/ditz/bipolar/sadist/masochist/hyper/graceful.  Yah you heard me right you can go around as a sadist making monsters your slave.  And it only has a T rating thanks to censorship... ( you don't get to rub the girls in the hotspring in the English version...)
So by the numbers:
Plot - B It's not epic but its fun.  Love having a masochist princess to beat.  Love conquering worlds.
Music - C If you have ever played a Disgaia you are familiar with the music.
Normal Combat - B It works well.  There are a few oddities though first of all is the peon kill, is okay if redundant after a while.  The peon ball is a pain as it basically forces you never to use your main character after a few consecutive battles.  Expect for party members to be one shotted a lot but this is one of the few games I have ever seen with multiple party member rezz, and you can switch out party members constantly and while a party member is off the field of battle they are regening hp/sp.  This is a fun feature meaning that you don't have to worry about sp or healing.  Especially in the Mugen field, Mugen Souls variation on the item world, you don't have to worry about running out of SP.
Ship to Ship Combat - C Irritatingly easy.  It's supposed to be rock/paper/scissors instead the AI isn't that smart.  This could have been a really cool system but it really comes down to spamming one attack until the other ship dies.
Interface - D First of all load times are Insanely long, way to long, no excuse to long.  In combat you have the special attacks turned off and it still takes 10 seconds of loading before attacking.  It speeds up as combat progresses but still what the hell.  Entering the town will take over a minute.
Other issue with the 20 plus characters you can't compare items with worn items before buying in the shopping market its irritating and a standard from 10 years ago.

I have yet to see the true end still need 2% of my charm level.  But I am still playing did see the normal ending already.  Yes, I will repeat I have been playing for over 2 weeks now which is a good sign and why the rating.  Most of the stuff above is negative because that's the type of person I am but there is a lot of good and if you like this style of game I highly recommend checking it out. 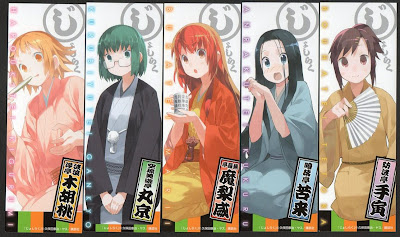 It's obviously based off a 4-com.  But it funny all the same and you get a good tour of Tokyo at the same time.  Plot wise... there isn't one it's based off a 4-com after all.  Some of the jokes are excellent and some just don't hit but then again that might be just no translating over to English and keeping the joke.  The girls though are well defined which is the key for this type of show.  If you liked Azumanga or K-on you might like this the main bonus is there not in highschool but actually at a job.

gg did the translation 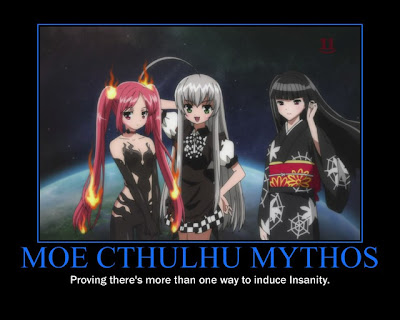 Can I leave that as the review...  The harem is Annoying, the trap is the only one of the harem that isn't annoying... THE TRAP!  The plot arcs are Annoying.   It doesn't rate a hated but it doesn't get above that.  Though the 5 minute mini anime were actually much more interesting then the full sized episodes... ANNOYING! 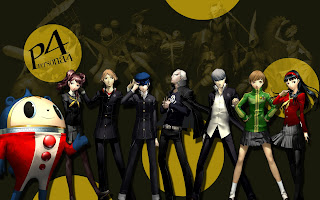 Persona 4 (including True Ending) B+

So a few things one... I only got about 60% through the game and have always regretted not finishing it.  It's been on my too do list for years now.  I still have it and the PS2 just waiting.  Second the reason I am only now watching the anime is because I was going to buy the blu-rays... but there DUBBED ONLY!  WTF???  You all just lost my money.

It's good, it feels though that they copied and pasted the game into the anime almost line for line from what I remember this is both a good thing and a bad thing.  The animation is top of the line excellent.  Well worth watching, though the two I had marked as the criminal were... which was a bit disappointing. 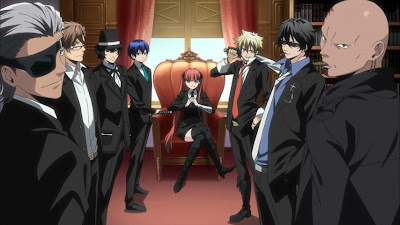 While this is obviously a reverse harem show.  That can be fine if there's a bit of action and the guys aren't annoying.  Arcana Famiglia doesn't do any other this and is actually a pretty solid anime.  The plot twists are nice and rather unexpected.  The main female character though is a bit to much shonen jump.  Well worth watching if you don't mind reverse harem. 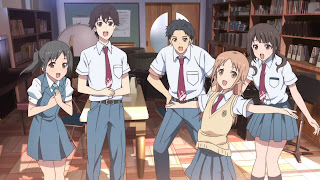 This show is a tale of two shows, the first half is just nothing it starts off with character development, loses who the main character is, switches to another character and then just uses up all your care for the show.  Then the second half appears and there is a bit of plot the story actually pulls together and its not that bad unfortunately its a bit too late.  There are much better coming of age stories out there. 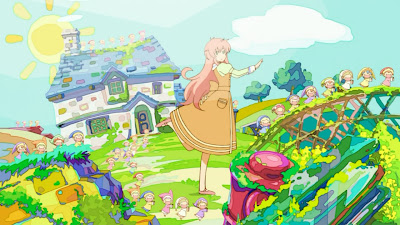 The dieing bread, OMG, the dieing bread will not be eaten.  This show is off the wall but that is not a bad thing, a huge amount of fun.  The main character, who has no name, is a lazy sarcastic girl that you just have to love.   The fairies are also interesting and very consistent.  The show is set up in about 6 arcs, unfortunately arc 2 and 3 are just not that good, otherwise this would have been an A series, I'm getting tired of the Otaku culture stories...   It's probably still the highlight of all the anime I watched this week so don't hesitate go download it.  Hell I will even through in the link.

Not as much anime this time around, as I am still beating on Mugen Souls.

Daisy
Posted by Daisy_Strike at 6:03 PM